A Gem From Jeffrey Gitomer – What Causes Procrastination? 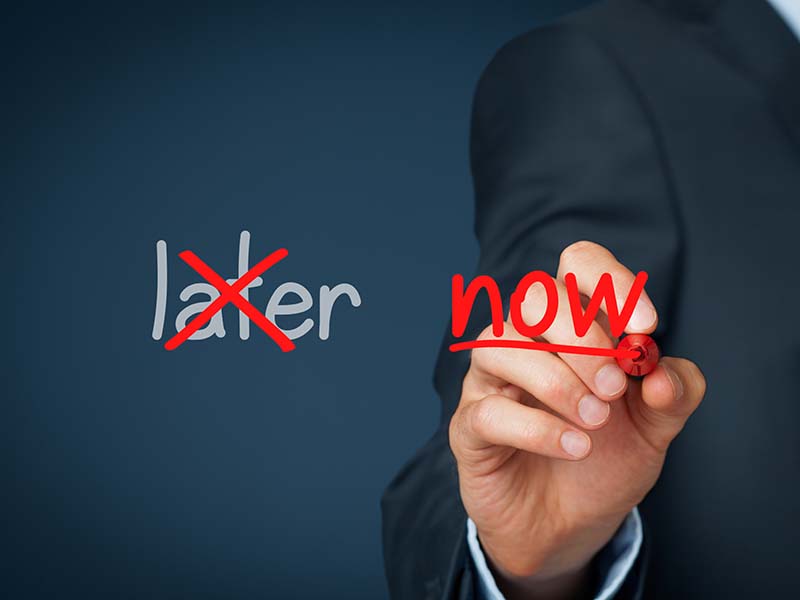 During an interview, I was asked, “Jeffrey, what causes procrastination? Why do people waste time?”

If you love to do it, you procrastinate less.

If people don’t see that there’s a tremendous reward at the end of their work, there’s no major incentive for them to do it. Most people procrastinate (and/or waste time) because they don’t like what they do. There’s no passion in it. If you love it, you procrastinate less.

When you’re procrastinating, you know it.

The other thing is that salespeople tend to have the “moth to a light bulb” trait in them. Moths don’t really care what light bulb they’re going to, just the one that’s burning the most brightly. Now that’s not only from the standpoint of what is urgent at that moment, it’s also what feels good.

You may be procrastinating and know it. For example: if you have a project that’s due but there’s a ballgame on, you watch the ballgame first. And you know you’re doing it, but the “light bulb” is on the television and it’s burning brighter, and so you flap your wings around that thing for a while. Then, I’ll just make one sandwich and then… I’ll just call this one guy and THEN I’m going to go to work…I swear.

Everyone does that. The most interesting thing about procrastination is, when you’re doing it, you know it. It’s a conscious thing.
OK, Jeffrey, so how do I stop wasting time?

If you write down deadlines for achievement it helps. Somehow, you can always get something done just before the deadline.

Here are two things you can do:
1. Set a false (earlier) deadline.
2. Enjoy the deadline, instead of lamenting it.