DON’T LET BUSINESS SYSTEMS GET IN THE WAY OF YOUR CUSTOMER LOYALTY! 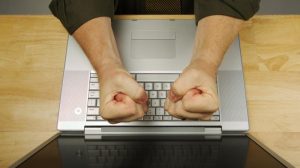 Don’t let systems get in the way of running your business.  We hear that all the time, except from those selling those systems.  In those cases what we hear is “You can do anything you want with our software”.  Well let me take this business mantra one step further:  Don’t let systems get in the way of your customer loyalty.  Let me give you a recent example of something I experienced.  This is an example of not only letting systems get in your way, but one of how quickly loyalty can disappear.  A little background is required, so I’ll apologize in advance and ask that you indulge me a little to make my point.

My son is an avid fan of Sonic.  He loves their hot dogs and corn dogs and when they recently came out with pretzel buns for the hot dogs…well, let’s just say for whatever reason Sonic has a very loyal fan and customer in my son.  At the same time he is very particular in what he eats, so it is always hot dog bun, hot dog, mustard…nothing else.  In the past couple of months both Kane’s and Freddy’s have opened up nearby, although about 2-3 miles and a whole lot of lights, turns and hassle further away.

One cannot blame Sonic that his younger zest for chicken fingers returned when Kane’s moved in, but he started splitting his requests between the two after Kane’s opened.  That is how we caught eye that Freddy’s opened.  We had been to another Freddy’s and my son instantly fell in love with their fry sauce.  Soon, the draw of Freddy’s fry sauce had my son splitting his dollars between Sonic, Kane’s and Freddy’s.  I was proud that he was expanding his culinary reaches.  None of this is Sonic’s fault and he was still very loyal to them.  Perhaps since they were closer I would estimate 50% of his money still went to Sonic, maybe more.

Then one day Sonic came up with their new pretzel buns and the tide starting turning back towards Sonic.  However, he started to notice he was having problems getting his mustard only request, which had now morphed into mustard and bacon only.  He either did not get bacon or he got onions and other nasty things he didn’t like.  He would be very explicit in his order, requesting a hot dog on a pretzel bun with mustard and bacon only.  Seems pretty straight forward to me.  Oh, if the hot dog had onions or relish or anything other than mustard or bacon, he simply would not eat it…garbage!

About two weeks ago he came home and screamed in frustration when he opened his meal to find relish and onions.  Two days later my wife and I were heading out near Sonic and asked if he wanted anything.  He made it very clear to be as specific as possible when ordering and to check the meal before we brought it home.  We went about our errands and then headed to Sonic.  At the microphone I said “two hot dogs on pretzel buns with mustard and bacon only”.  The girl said “so you want bacon added?”  “Yes”, I said.  From the other seat my wife said “No onions or anything else”, and the girl replied “Oh, so you don’t want the onions?  Is there anything else you don’t want?”.  I replied “we want two hot dogs on pretzel buns with mustard and bacon only, nothing but the bun, the hot dog, mustard and bacon.”  After a little more banter that confused and worried me a bit I repeated myself again and she said “OK”, gave me the amount and asked me to move forward.  We got the meals, I paid, and when my wife checked the hot dogs….no bacon on either.  We had never had this problem with any other hot dog orders in the 15 plus years we had been going to Sonic with my son.

It turns out that there are two choices programmed into the Sonic system for their new pretzel dogs.  One comes with mustard only and one comes with bacon, mustard, onions and relish.  You can see the potential for confusion and problem.  The order takers could not determine how to order the first with bacon added, or the later with onion, relish, cheese and everything else removed.  So instead of saying something to the cook, who at a Sonic stands within 20 feet of the order takers, they punched away and let the order go hoping we would satisfy us.  In fact, when the girl brought us the order above and we noted that we had asked for bacon, she literally said “So you want me to take them back and get bacon added?”  OK, hiring high school kids is a subject for another day

The last time he went to Sonic my son asked for the one with mustard and asked them to add bacon.  Somehow they seem to have figured that out and everyone was happy.  Time will tell if my son’s loyalty to Sonic will wane, the pull of those pretzel dogs may be strong enough.  But I’m betting the bond has been at least cracked and his willingness to move on will grow with time.  That may have happened as he matured anyway, we’ll never know.  I will tell you this….I’m done with Sonic.